Star Student of the Month

Our Star Student of the Month for May was Ruby! 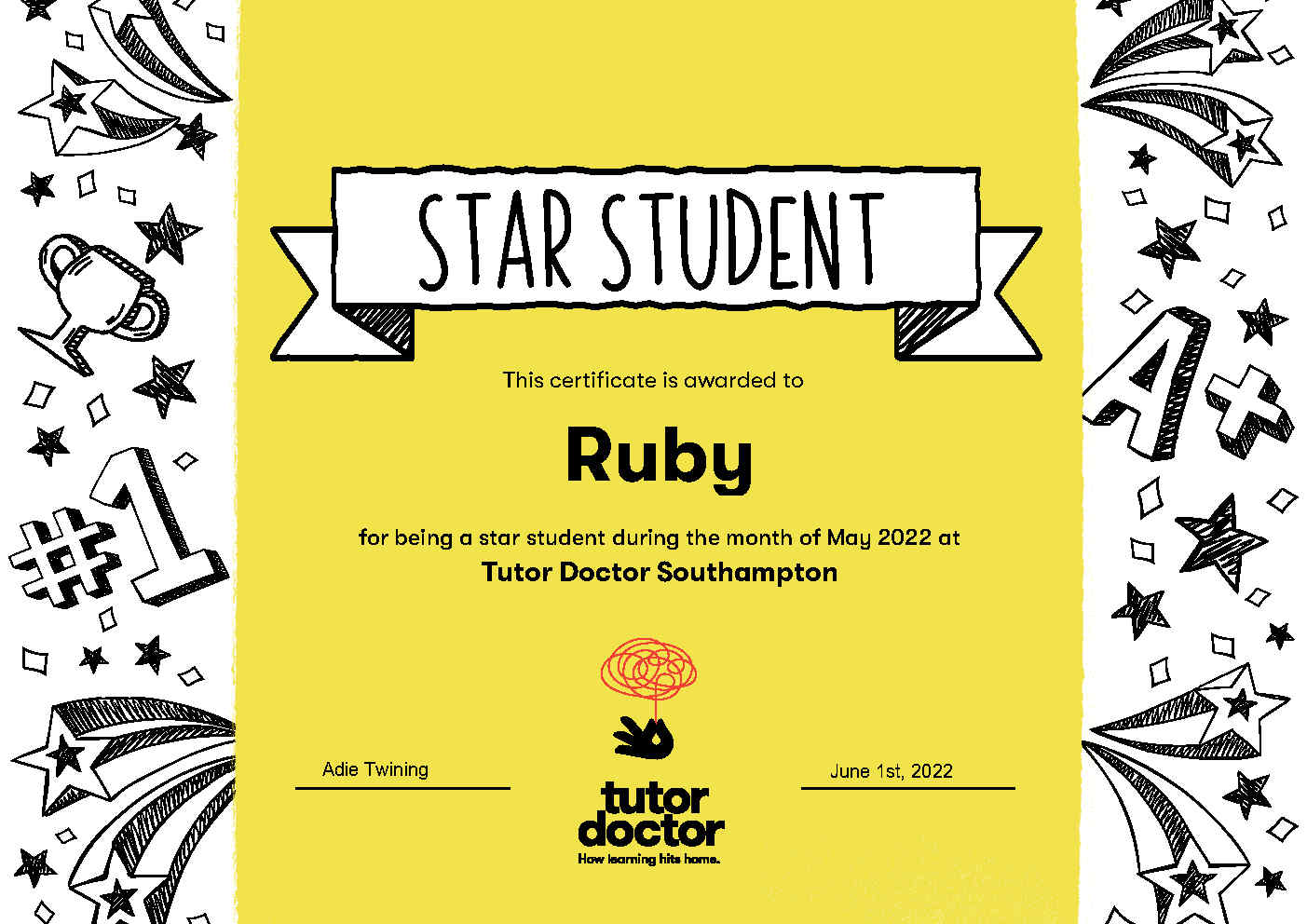 We’ve been working with Ruby while she’s been studying towards her GCSEs. She’s had weekly 1-2-1 in home lessons for Maths and Chemistry.

Ruby has put in a phenomenal amount of work inside and outside of her lessons. It has been wonderful to see her grow in confidence and competence as a result. All the tutors ask is that their students match their effort and commitment, and Ruby has certainly done this.

We’re confident that Ruby will be rewarded with the results she deserves when they come out in August. Thankyou for trusting us with your tuition, Ruby – you have been brilliant to work with!!

Our Star Student of the Month for April was Charlie! 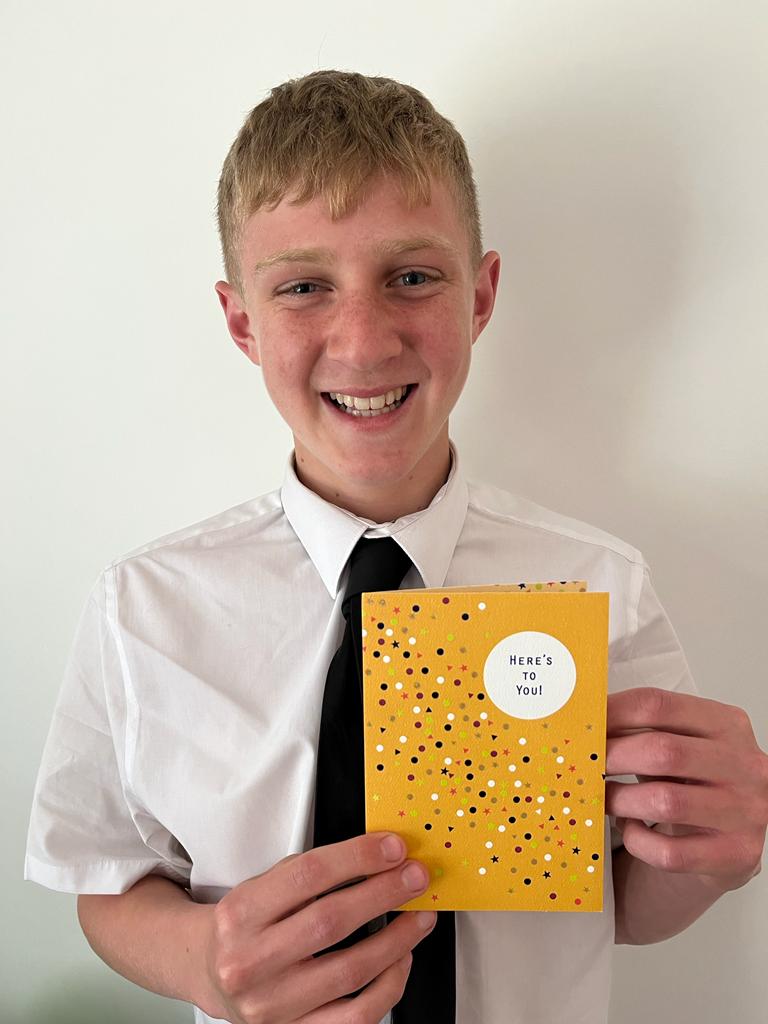 Like all students, Charlie’s schooling has been impacted by COVID, so we’ve been working with him since the turn of the year to provide further support for English, Maths and Science ahead of his GCSEs. He has been working with three separate tutors each week to build his competence and confidence. And he has been doing brilliantly!

All that we could ask of any student is that they match the effort, commitment and application of the tutors. Well, Charlie has more than done this! He’s shown an incredible work ethic and engaged entirely with every session. Most importantly, the tutors have each noticed a marked improvement in his understanding of the topics and his performance in practice exam questions.

Some feedback from his tutors is below:-

Trevor - English “I am always amazed by Charlie's attitude towards learning. He has steadily been improving and is very self-reflective over his work. Charlie is very good at identifying the different viewpoints and perspectives that the writer intends. He listens and applies where necessary. I’ve every confidence that he’ll do great in his GCSEs”

Katrina - Science “Charlie is a hardworking, organised and polite student. He completes every piece of homework to a very high standard and on time. He is very dedicated to achieving high grades for Science.”

Mo - Maths “Charlie is an enthusiastic student who really enjoys learning. He completes his work on time and even asks for more. He exhibits a positive outlook and attitude during all his lessons and is a joy to teach!”

We’re all delighted by the progress Charlie has been making, and fully expect him to be rewarded with the grades he deserves. Well done, Charlie!

Our Student of the Month for March was Elijah! 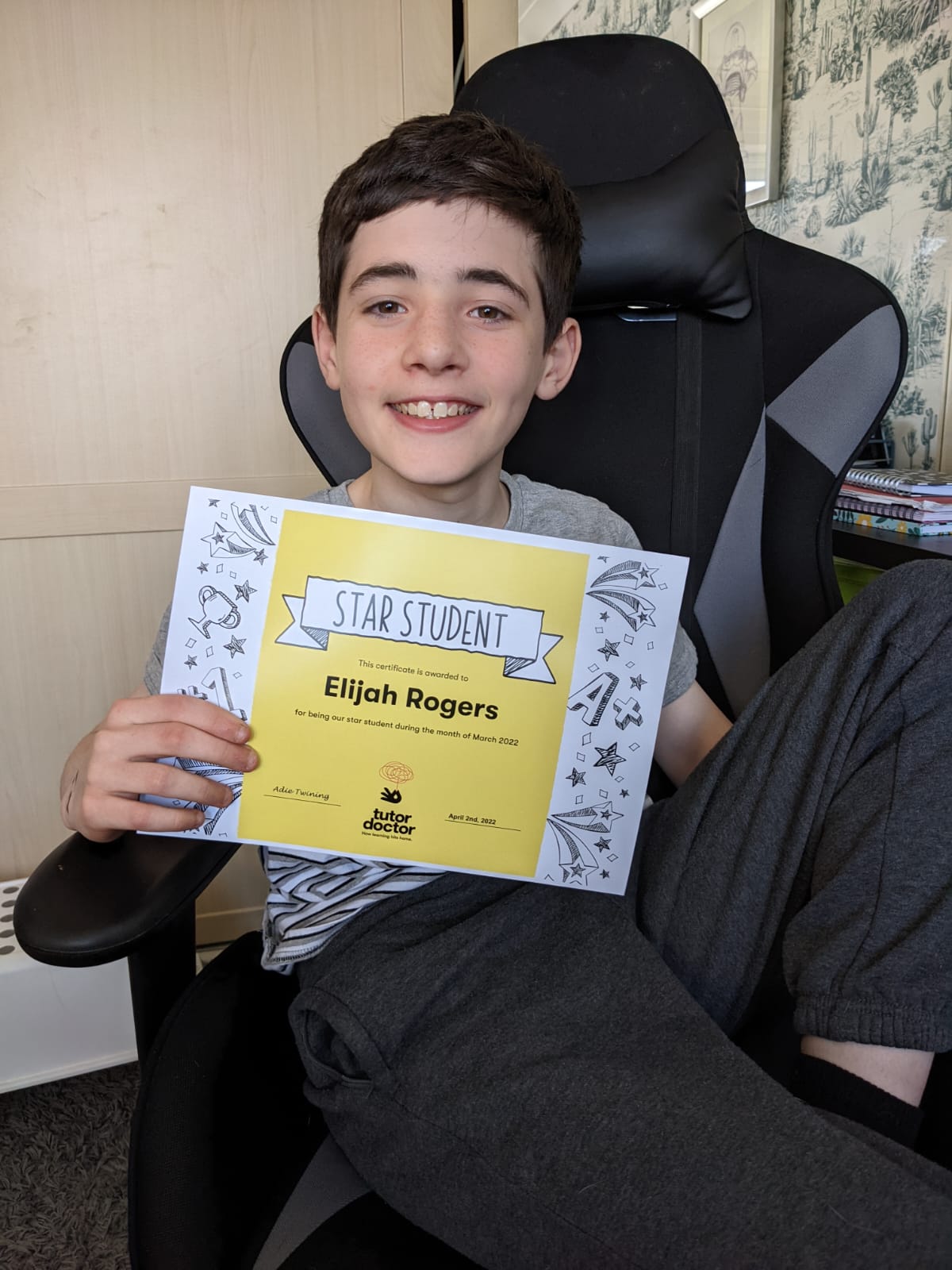 We have been supporting Elijah this year during the tricky transition from Primary to Secondary School. This move can be daunting, especially as all student’s last 2 years in Key Stage 2 were disrupted by COVID. Elijah has done brilliantly!!

Since our first meeting he has had a great attitude to learning, and shown an eagerness to improve his schoolwork and organisation skills. He has been faultless in terms of his commitment and it’s been great to hear of the progress he’s been making in school.

Elijah’s tutor Zoe said, “Every time I arrive to work with Elijah, I am greeted with a huge grin and I know we will have a great session! Elijah has really taken to the tutoring, and is making the most of our time together. He has really committed to improving both his academic work, and his organisational skills. Nothing warms a tutor's heart like a comment such as "I used what you said to me, and it helped!" - which Elijah has said to me in a few of our sessions - Hooray! Elijah has made particular improvement in his spellings and regularly beats me at any (and every) game that we complete too!”

Well done Elijah – we are super-proud of you!

Our Student of the Month for February was Ellie! 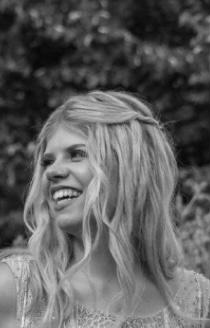 We are delighted to have been supporting Ellie this school year. She has been an absolute star!

She is studying to be an engineer, and we’ve been helping her with the really challenging Maths elements of her studies. Ellie has shown tenacity, talent and determination since our first meeting and been a model student.

At the beginning of the year Ellie had to go in to hospital for a planned operation, and ended up missing several weeks of college work. But as soon as she was fit enough to do so, Ellie threw herself in to her studies - asking her tutor for double lessons to make up for missed time. She has made fabulous progress with some really complicated topics and has shown up for every lesson with a tremendous attitude.

Her tutor Sowmi said, “I nominated Ellie because of the amount of work she has put in to her studies, especially after her operation which set her back by several weeks. I’ve been so impressed by her efforts. She has consistently thrown herself in to the work and never gives up when topics are difficult. I’m thrilled by the progress she has made in the last month.”

Well done Ellie. You’re doing brilliantly and a real inspiration to all of us at Tutor Doctor.

Our Student of the Month is Robbie! 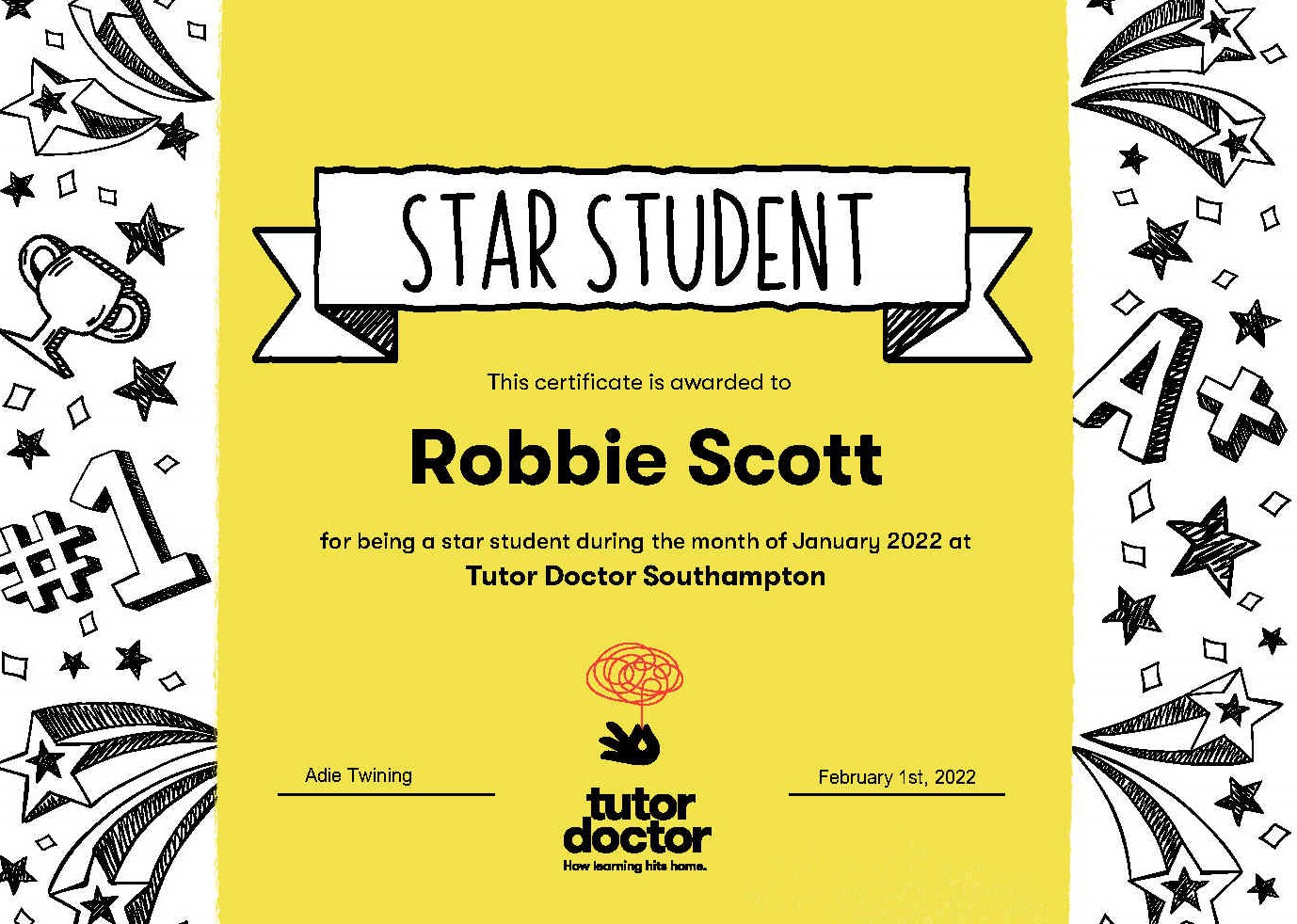 We are delighted to have been supporting him as he prepares to take his GCSE Chemistry exam later this year. He has been incredibly hard-working and has consistently impressed us with his commitment and eagerness to learn.

His tutor Sarah said, "Robbie is always well prepared and usually early for his tutoring sessions. He has really come out of his shell over the last few months and is now confident in having a go at some of the more difficult Chemistry questions. He is inquisitive and accepts and acts on advice. Because of this, he is making great progress."

Well done Robbie!! We love working with you.

Our Student of the Month for December is Jeffrey!

We have been supporting him with three separate subjects as he prepares for his A-Levels in 6 months time. In Law, Government & Politics, and History, Jeffrey has chosen some challenging subjects that have needed three separate tutors to work with him. Owen, Kat and Ellena have each provided consistent feedback about Jeffrey and his approach to his studies; specifically that he works incredibly hard, is relentlessly inquisitive and extremely eager to learn. 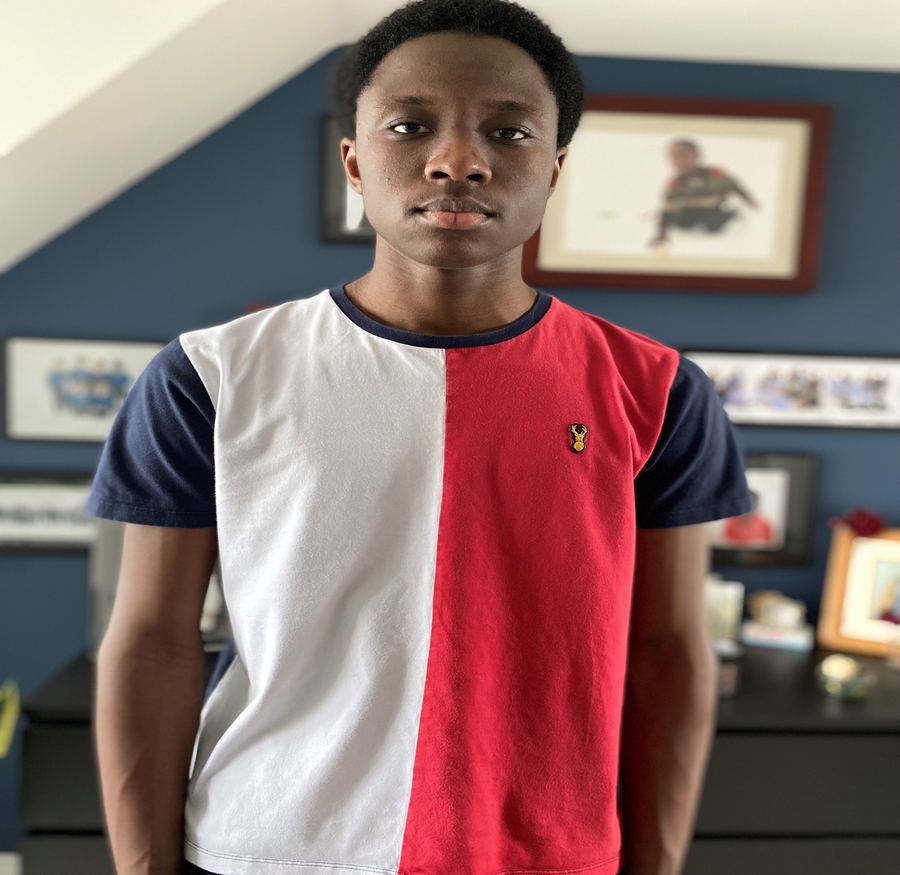 Ellena (History) said, “Jeffrey has always been an enthusiastic and polite pupil, who works with diligence and intelligence. He’s a student I always look forward to teaching and I wish him all the best in his upcoming Mocks!”

Owen (Law) said, “Jeffrey’s understanding of legal principles have developed impressively, and he is well placed if he chooses a career in this area.”

Kat (Government & Politics) said, “Jeffrey is an enthusiastic and inquisitive student, able to draw connections between different topics covered, and pick out key information for use in exams. His progress this term has been very impressive.”

Despite being in college for 5 days a week, he maintains enthusiasm during his tuition sessions, which all fall over the weekend.

We are delighted to be supporting Jeffrey. He is a real pleasure to work with.

Our Student of the Month for November is Harrison! 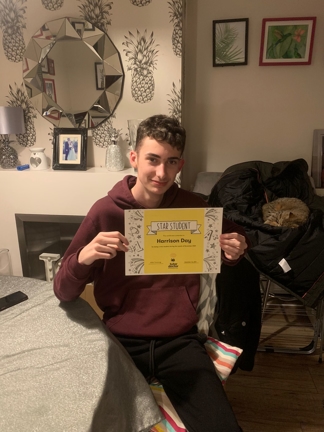 We've been tutoring Harrison one-to-one at home while he prepares for his Maths and English GCSEs. He has been an outstanding student - agreeing to take on extra homework from his tutors and turning up every week with a relentlessly positive outlook.

Carys, his Maths tutor said, "Harrison has made great progress and he shows this every week. His confidence has grown hugely, and he shows up for lessons with a great attitude."

Kat, who has been supporting him with English said, "Harrison's progress has been very impressive. His confidence has shot up as his familiarity with the texts has improved, and his ability to analyse and respond to those texts is developing well."

We couldn't be more delighted with Harrison. Both tutors look forward to seeing him every week and we're really proud of the progress he's making.

Our Star Student of the Month for October is Aimee!

Aimee is in Year 11 and we’ve been supporting her in preparation for her Maths and English GCSEs. She has showed up for every lesson with a great attitude, strong commitment to learning, and real enthusiasm. 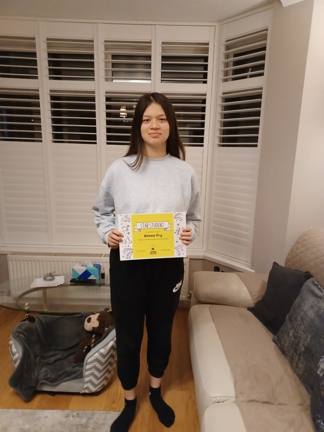 Aimee has gotten to grips with some challenging concepts and complex texts very quickly, and made huge strides in a relatively short space of time. This has already been noticed by her teachers who have been impressed by her improved contribution in class.

Both tutors have really enjoyed working with Aimee. Owen (Maths) said, “Aimee’s progress has been really impressive. It’s been lovely to see her confidence grow”. Kat (English) said, “Aimee has made great progress in her reading and recall. Her confidence in English has grown significantly this month”.

We hope Aimee carries this confidence in to her mock exams which are just starting.

For more information about our in-home or online tutoring services for students in and around Central Southampton Salisbury, call us at 0238 2544162.